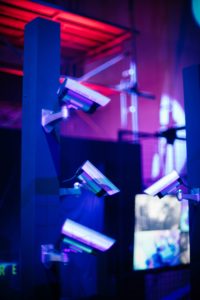 At SpringLaw, we are interested in privacy, technology and how they intersect in the workplace. A recent arbitration decision brought all three together and gives us some insight into how decision makers might treat evidence collected via surreptitious surveillance.

In Vernon Professional Firefighter’s Association, IAFF, Local 1517 and The Corporation of the City of Vernon the employer fire chief installed a security camera in his office. He did so based on a suspicion that someone was surreptitiously accessing confidential information held in a locked filing cabinet in his office. One morning he found the cabinet, which was usually locked, unlocked.

Instead of catching the officer snooper, one weekend the chief’s surveillance camera caught two employees engaging in a sexual act. The employees were terminated and grieved the terminations. The union brought an application to exclude the video. The decision in question addresses whether or not the video evidence was admissible.

British Columbia, for the record, has the most developed privacy law regime in Canada. FIPPA applies to institutions. Ontario has a similar law, also called Freedom of Information and Protection of Privacy Act. Under these laws, collection of personal information (such as video of a sex act) can be collected only for an authorized purpose and generally the person from whom the information is collected must be pre-notified.

The fire chief in this case surreptitiously recorded his office, so the employees did not have notice. However, the arbitration board held that the indirect collection of personal information was necessary, a reasonable exercise of managerial authority and that it had been collected in a reasonable manner. The employer was attempting to catch the snooper. The employer was be permitted to use the video in the termination grievance.

In making the determination that the collection, in this case, was reasonable, the arbitration board considered the following factors. These may be useful for employers wondering about the legality of hidden cameras in the workplace.

While this case involved a public body, to whom privacy legislation applies, we can surmise that similar factors would be considered in regards to invasions of employee privacy in other contexts. Employer authority and the need to manage the workplace will always be balanced with the employees’ own privacy interests.

Do you work in a workplace with cameras? Are you an employer contemplating surreptitiously surveilling your employees? Privacy remains a tricky legal area with many potential landmines to step on. Get in touch if you’d like to talk to one of us about it!